Translate this page into:

Sonography of Meconium Periorchitis in the Neonate 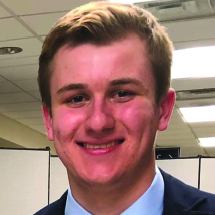 Licence
This is an open-access article distributed under the terms of the Creative Commons Attribution-NonCommercial-Share Alike 4.0 License, which allows others to remix, tweak, and build upon the work non-commercially, as long as the author is credited and the new creations are licensed under the identical terms.

Occurrence of a scrotal mass in a newborn or young child often requires additional evaluation, the extent of which depends on the clinical scenario. We present a case of a newborn infant that presented with non-tender bilateral scrotal swelling that was prenatally suspected to be meconium periorchitis, a diagnosis confirmed by postnatal surgical exploration. Understanding the sonographic characteristics associated with meconium periorchitis help to allow for appropriate management of the patient and guide surgical evaluation.

Scrotal mass presentation in an infant or young child is a finding often related to hydrocele or bowel herniation; however, scrotal masses of both benign and malignant etiology need to be excluded. First-line imaging is ultrasound (US). In this case study, we report a 1-day-old male who presented with bilateral scrotal mass with presumed diagnosis of suspected meconium periorchitis that was pathologically confirmed following surgical exploration.

A 1-day-old male was born at 38+2/7 weeks to a 22-year- old G2P2 female through spontaneous vaginal delivery without any delivery complications with a birth weight of 3724 g. Physical examination revealed non-tender bilateral scrotal swelling. Prenatal US raised suspicion of meconium periorchitis given the mixed echogenic masses seen in the fetal scrotum, presumably from intrauterine meconium peritonitis. As a result, after birth, the infant was transferred to a tertiary care neonatal intensive care unit for higher level care. Postnatal abdominal radiographs revealed moderate pneumoperitoneum, confirming the suspicion of prenatal gastrointestinal (GI) perforation. However, the subsequent upper GI examination revealed intact bowel without evidence of leak. Serial abdominal radiographs confirmed resolution of abdominal free air. Oral feeding was initiated and tolerated well. Laboratory workup for cystic fibrosis (CF) was negative. The patient was discharged home with follow-up surgical consultation and sonography of the scrotum for the persistent non-tender scrotal swelling.

Sonography of the scrotum confirmed two normal homogenous testicles with appropriate internal color Doppler flow and no evidence of testicular torsion. However, both testicles were enveloped by a heterogeneous/complex hydrocele with an echogenic nodular appearance with intermittent acoustic shadowing [Figure 1]. Scattered, limited color Doppler flow was seen within the hydrocele bilaterally. No herniated bowel was identified. The sonographic appearance is compatible with calcifications associated with meconium periorchitis.

Due to clinical concern for inguinal hernia and uncertain long-term complication from the meconium hydrocele, the surgeon elected for bilateral inguinal and scrotal exploration for potential hernia repair and hydrocele evacuation. Bilateral hernia sacs were identified, resected, and sent to pathology along with the evacuated meconium [Figure 2]. Microscopic pathologic evaluation confirmed reactive and irritated hernia sacs associated with meconium and calcified fecal debris.

One year post-procedure, the patient is doing well and developing normally.

Intrauterine bowel perforation can be a spontaneous event or associated with abnormalities such as CF or bowel obstruction/ atresia. The resulting spillage of fetal meconium into the peritoneal cavity results in meconium peritonitis which occurs with a frequency of 1 in 35,000 births.[1] In addition, meconium peritonitis can be seen in 15% of infants with CF.[2] Commonly, the bowel perforation will spontaneously seal off resulting in an intact bowel at birth but the resulting spilled peritoneal meconium causes an inflammatory response, which can subsequently manifest as scattered peritoneal abdominal calcifications that are typically of no clinical significance. However, due to the patent processus vaginalis (a fetal outpouching of the peritoneum that extends into the scrotum), this extruded meconium can stream into the scrotal sac, enveloping the testicles resulting in meconium periorchitis.[3]

Once present in the scrotum for an extended period of time, the meconium can harden, calcify, and develop fibrosis that on palpation can mimic a scrotal tumor. Both the masses and calcifications of meconium tend to resolve spontaneously without compromising the testicle.[4] Initially, the presence of meconium in the scrotum results in a soft hydrocele that can be difficult to diagnose, only later presenting as hard scrotal swelling.[3] Patients are typically diagnosed in the 1st week/ month of life, but meconium periorchitis has been reported in children up to 5 years of age.[4]

If a scrotal mass is palpated, further evaluation with imaging is performed with US which can help evaluate for benign versus potential malignant etiologies. The presence of abdominal calcifications in addition to scrotal calcifications (extratesticular) on abdominal radiography strongly suggests the possibility of meconium peritonitis in the appropriate clinical setting which commonly results following intrauterine bowel perforation.[5] A palpable solid mass within the testicle raises the possibility for other etiologies. Scrotal sonography is a valuable modality allowing the clinician to help distinguish meconium periorchitis from a neoplastic process. The differential ability that sonography offers between benign extratesticular lesions and malignant testicular lesions highlights its usefulness.[4]

Sonographic findings of meconium periorchitis in the newborn period typically demonstrate a mixed echogenic scrotal hydrocele with numerous internal punctate echogenic foci, some with posterior shadowing indicative of calcifications, surrounding the otherwise normal- appearing testicle.[3,5] Absent color Doppler flow within the meconium hydrocele indicates non-vascular tissue which supports the diagnosis of meconium periorchitis.[4,6] However, as in our case, some scattered color Doppler flow has been reported within the meconium hydrocele, likely from localized scrotal inflammatory response.[1,7] Once the meconium hardens overtime, it may appear as multiple hyperechoic masses adjacent to the testicle with scattered shadowing calcifications.[5] Any accompanying clinical or sonographic findings consistent with meconium ileus, peritonitis, intestinal atresia (such as fetal echogenic bowel and polyhydramnios), dilated bowel loops, ascites, or pseudocyst may also help to clarify the diagnosis of meconium periorchitis.[7]

Proper identification of benign meconium periorchitis is important because such a diagnosis supports a conservative approach. Spontaneous resolution is the expected natural evolution of this benign lesion with asymptomatic postnatal course.[2,8] Unfortunately, the concern for calcifying scrotal neoplasm (such as teratoma, Sertoli cell tumor, or metastatic neuroblastoma) can lead to unnecessary surgical exploration and orchiectomy.[4] Despite the benign nature of meconium periorchitis, past studies indicated that unnecessary orchiectomies were performed in 18% of cases.[4] In addition, the strong association of CF with intrauterine spillage of meconium likely warrants CF screening when encountering a case of meconium periorchitis.[5,6]

In this case study, we have explored a case of non-tender bilateral scrotal swelling that on sonographic examination, presented as a heterogeneous, nodular hydrocele that surrounded the otherwise normal-appearing testicles. The distinctive sonographic and clinical features in the neonate of this entity presented here allow for an accurate diagnosis of meconium periorchitis that merits conservative, non-surgical management.

The authors certify that they have obtained all appropriate patient consent forms.

There are no conflicts of interest.

This website uses cookies to improve your experience while you navigate through the website. Out of these, the cookies that are categorized as necessary are stored on your browser as they are essential for the working of basic functionalities of the website. We also use third-party cookies that help us analyze and understand how you use this website. These cookies will be stored in your browser only with your consent. You also have the option to opt-out of these cookies. But opting out of some of these cookies may affect your browsing experience.
Necessary Always Enabled
Necessary cookies are absolutely essential for the website to function properly. This category only includes cookies that ensures basic functionalities and security features of the website. These cookies do not store any personal information.
Functional
Functional cookies help to perform certain functionalities like sharing the content of the website on social media platforms, collect feedbacks, and other third-party features.
Performance
Performance cookies are used to understand and analyze the key performance indexes of the website which helps in delivering a better user experience for the visitors.
Analytics
Analytical cookies are used to understand how visitors interact with the website. These cookies help provide information on metrics the number of visitors, bounce rate, traffic source, etc.
Advertisement
Advertisement cookies are used to provide visitors with relevant ads and marketing campaigns. These cookies track visitors across websites and collect information to provide customized ads.
Others
Other uncategorized cookies are those that are being analyzed and have not been classified into a category as yet.
SAVE & ACCEPT